Tesco and the Tampon Tax

Tesco has announced it is reducing the price of women's sanitary products by 5%, effectively paying the 'tampon tax' on behalf of its customers.

Rather than waiting for the government to confirm its timeline for scrapping the tax, Tesco’s customers will immediately pay less. For some, the pennies and pounds themselves will make a difference, while for others it’s the principle that matters most.

By leading the way in heading off this potentially challenging issue through corporate reputation management, Tesco has gained some of the most positive media coverage it has seen in recent years - and earned deserved recognition from feminists and millennials.

I worked for Tesco from 2010 to 2016, in its Corporate Affairs department (later renamed Group Communications) during some of the business’s most turbulent years.

Profit warnings, accountancy scandals, exiting markets, store closures, losing leaders and the horsemeat scandal never dampened my belief in the force for good which Tesco, and its competitors, can be.

I have always been convinced of retailers’ opportunity – and responsibility – to make decisions which positively impact the communities they serve.

The decisions made by big business, and the retail sector in particular, have as big a bearing as government policy on the day-to-day lives of British people.

This is especially true of Tesco, which is the nation’s biggest private sector employer, the biggest buyer of British produce, and the country’s biggest one-stop shop.

Of course, I say all this to provoke debate, and in no way dismiss the importance or influence of the public sector.

In March 2016, as soon as George Osbourne announced that the government would at some point scrap the tampon tax, I was among the first to flag that Tesco should act immediately, taking on the cost itself without waiting for a timeline.

It was the right thing to do. And more commercially, it would win praise from the vocal community of young women who were taking to social media to call for change.

Their advocacy (as well as 5% off) would lead to more people choosing Tesco for these monthly essentials.

I promptly left the business for a role elsewhere, and didn’t give a second thought to the conversations which clearly continued between colleagues across the Marketing and Commercial teams.

When the news was announced last week, I felt a sense of gratification that Tesco had decided to make this simple yet powerful decision for the benefit of women.

Tesco’s CEO Dave Lewis says of a crisis: “You can’t talk your way out of something you’ve walked yourself into”.

By the same virtue, businesses need to recognise that genuine recognition only comes when they put their money where their mouth is, as Tesco has just done to great effect.

Knowing when to put your head above the political parapet requires judgement.  Rushing to champion the latest popular cause could risk wider and longer term implications for your business, so careful consideration is required.

In this instance, leap-frogging the government is relatively low risk.  In fact, retailers have a track record of moving ahead of policy in fields such as sugar reduction and packaging.  Doing so means that they, as a sector, can help steer the strategy, rather than having to react to regulation.

Moving forwards, it will be interesting to see if Tesco’s competitors follow suit on the tampon tax (to much less media fanfare) and whether customers will expect retailers to take a stance on other populist issues.

Should the next cause (say a new Living Wage) cost more, we may find less appetite for this approach. 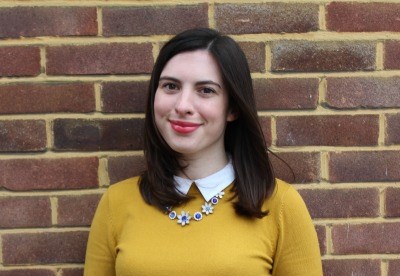 Our Crisis Management and Corporate Reputation specialists have worked for some of the world's biggest brands. Contact us on 0800 612 9890 to find out how we can help you.